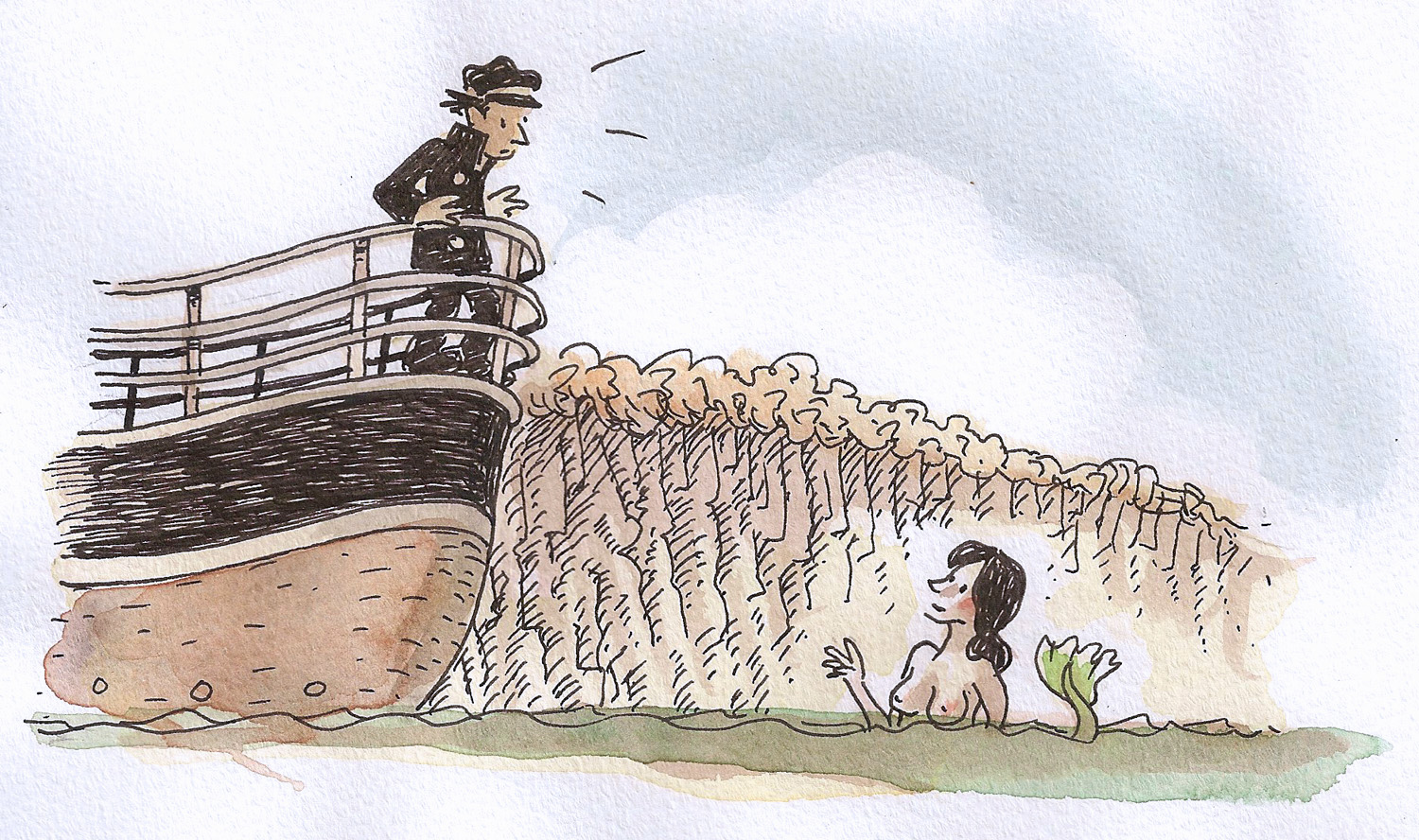 Most of my projects start with an image.

Sailor Twain, or the Mermaid in the Hudson first announced itself as a little watercolor doodle one morning on a train ride to work. You can see it here, there's a captain at the prow of a ship, and he's talking to a mermaid in the water.

I'd never given much thought to mermaids before this one turned up in my life. And as happens in my doodle journals, I don't know what else might be attached to a thread like this... I started pulling on it, day by day, and a 400 page graphic novel was on the other end of that line. Along the way, over a period of years, I got to learn a few things about mermaids. 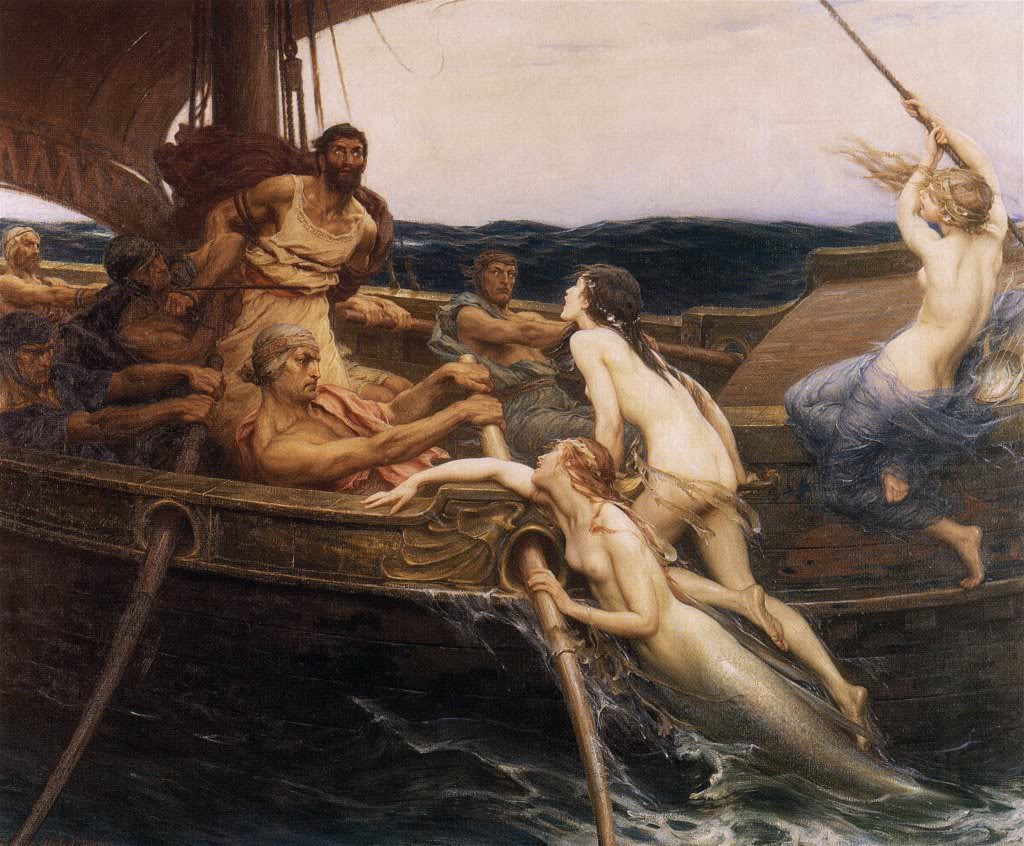 You've got your classics, of course—Ulysses chief among the ancients (here in a H.J. Draper painting). Ulysses tied himself to that mast so he could enjoy the fine siren songs without the less fortunate side effects like plunging in after them to a drowning death. There are many such mermaids in folktales from all over the planet. They often warn us of irresistible, overwhelming compulsion.

Now where do I see that? There's addictions. 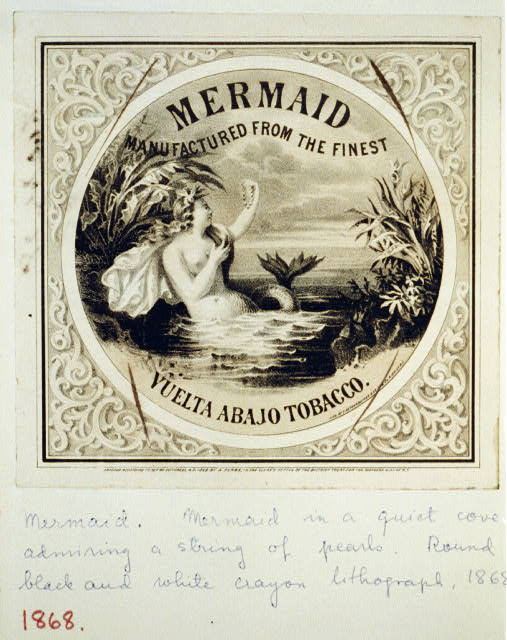 Tobacco, alcohol—it's interesting how often mermaids come up in ads, going back to the 19th Century. 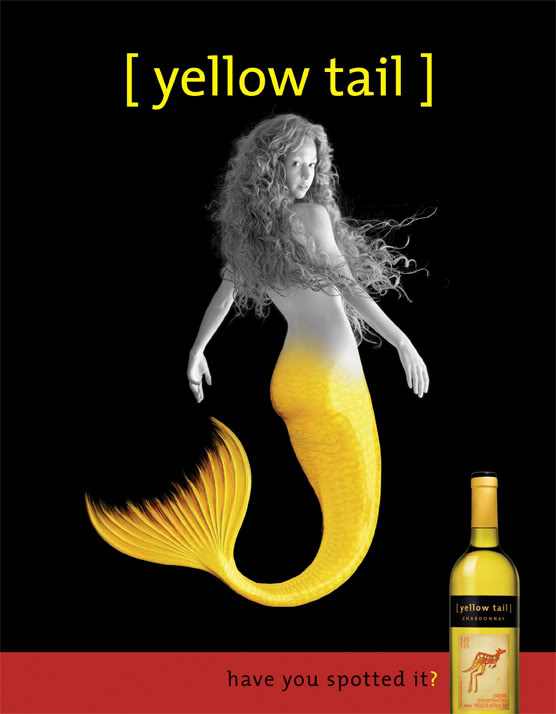 And there are other daily addictions that also use the mermaid hallmark—we almost don't notice anymore... 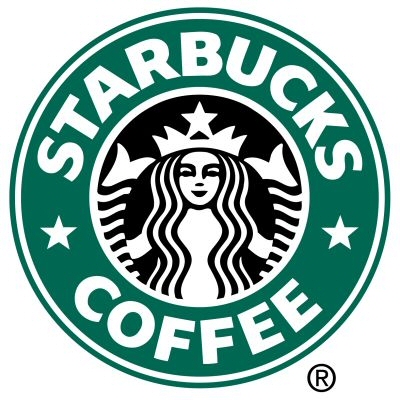 I'm not sure water qualifies in this category—but I especially liked this one: 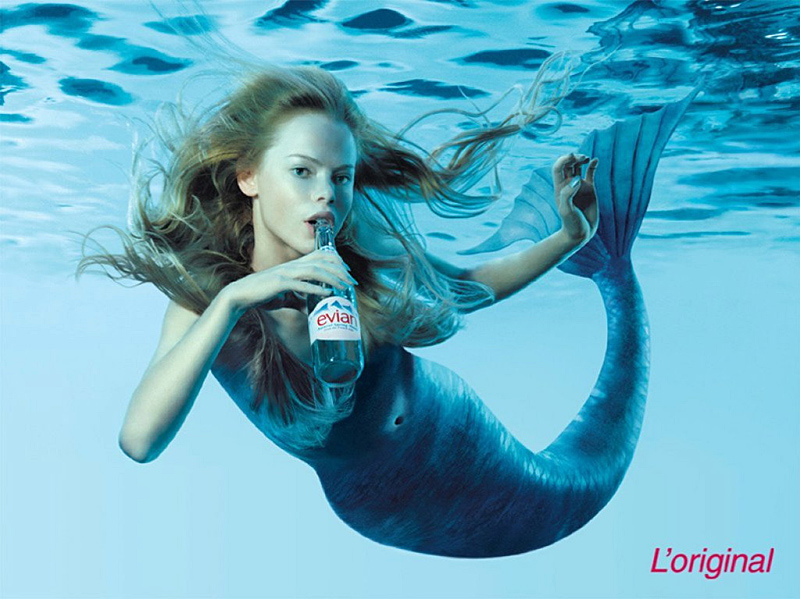 Naturally, in the course of creating the tale of a captain who keeps a wounded mermaid in his cabin, I became very interested in mermaid singing. And you know how when something is on your mind, the world sometimes mirrors it to you everywhere? Back then, these posters blanketed the train line on my commuter line... 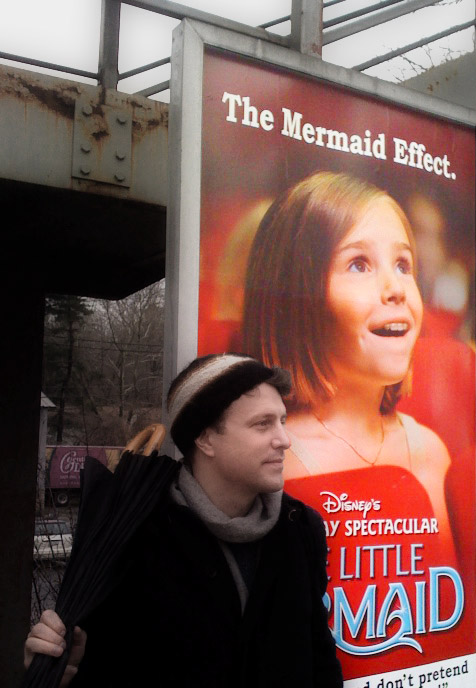 Have you felt the mermaid effect? How did that turn up in your life?
Prev Next