Call-over 5 of 7: The Throughout Life

This subject fascinates me. It's become more and more compelling as the years and projects go by. It's about real intelligence, and it shows up in the magical moments when things come together, when startling new things appear seemingly out of nowhere. This blog entry can only dip a toe into this ocean to be explored—I have no doubt volumes could be written on this.
So where to begin?

Genius isn't all about brains. Our creative flow tends to involve *the whole of us*, suggesting there are many intelligences throughout our many systems. There's much more to intelligence than the computing power of the brain. ...Even if our brain would have us think otherwise.

Examples abound in all areas of life: great athletes know when they're 'stuck in their head.' But they tell of letting go, and surrendering when those masterful, magical moments can happen. Prodigious things become possible—and this is true in writing, in painting, in music, in a great conversation, in experiencing nature, or in sex (much of Tantric breathing is about 'dropping into the body'.)

When it's just the brain at work, the result can be clever, but runs the danger of disconnected intellectualism. Yes, the brain is a fantastic, powerful machine, but A WHOLE HUMAN system may be joined to far greater intelligence, which the brain alone cannot equal. This may sound abstract or intellectual itself, but it's not... The applications here can be eminently simple.

A memorable example for me was with a picture book I illustrated, called Oskar and the Eight Blessings, on a script by Tanya and Richard Simon. 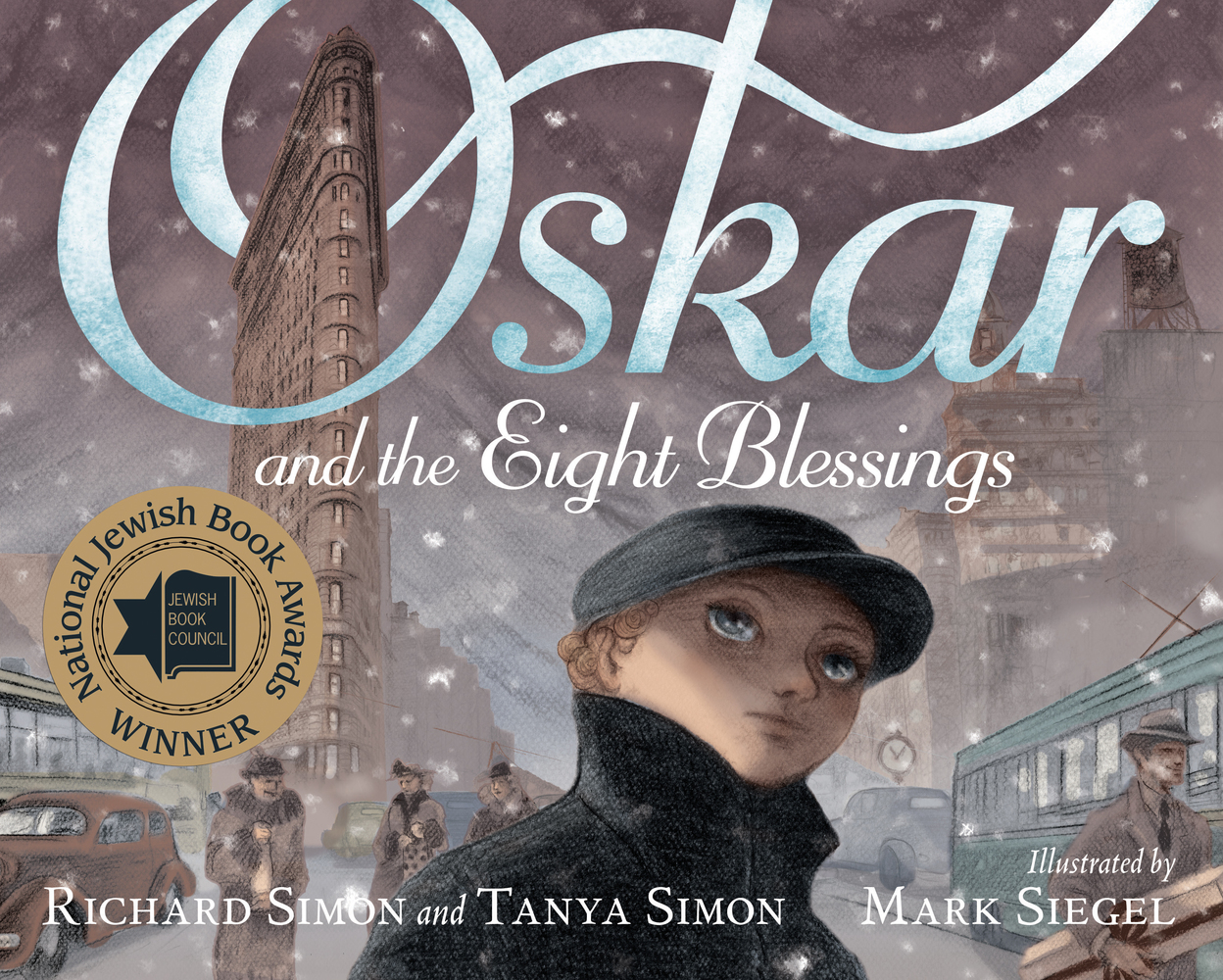 Oskar involves a young boy arriving in New York City in the winter of 1938—on Christmas Eve and the seventh night of Hanukkah. He arrives from Germany, alone and reeling from the events of Kristallnacht, and he has to walk uptown from South Ferry to find an aunt he has never known. 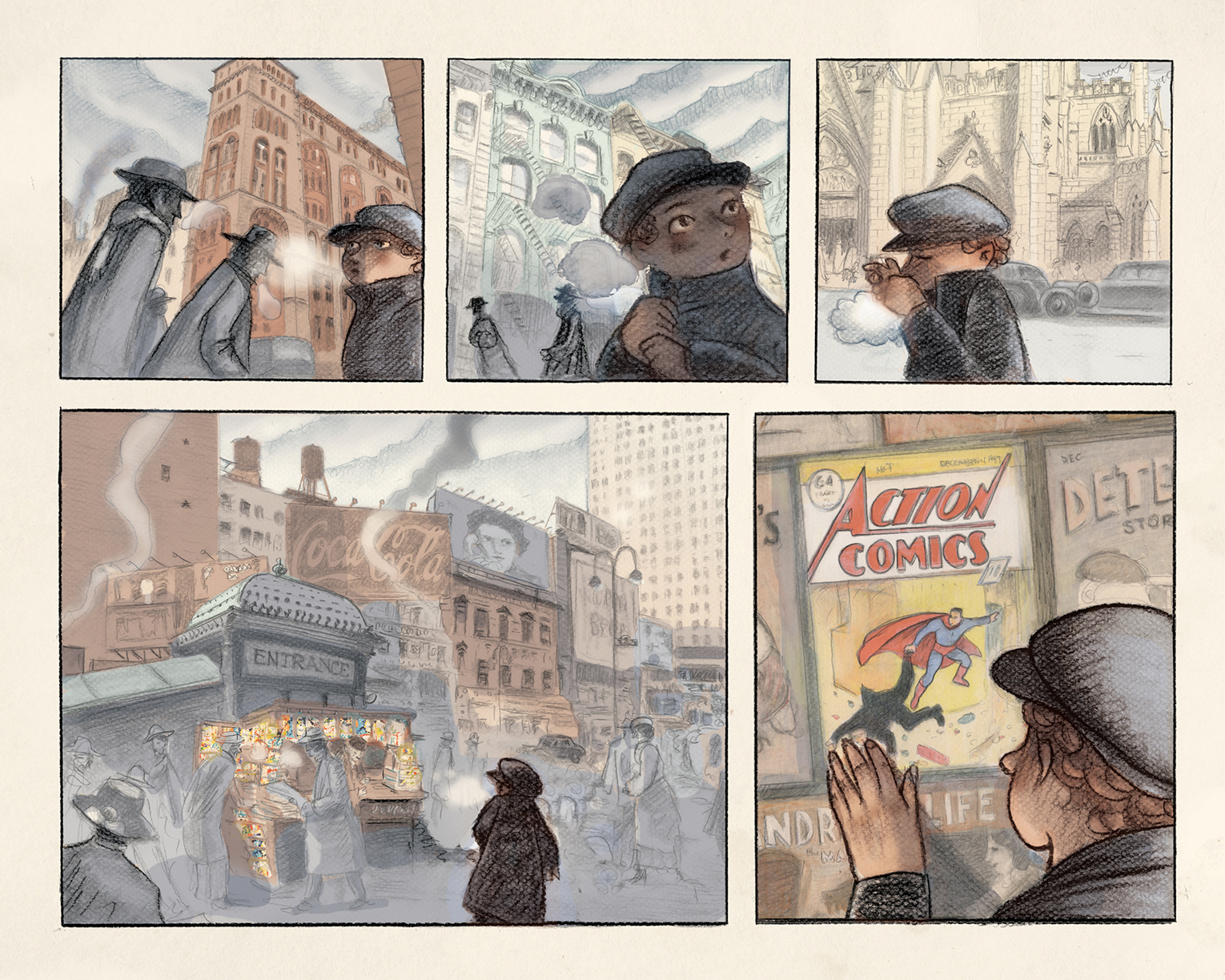 At the outset, I scribbled rough sketches for the story, and played with the staging of Oskar's long walk of a hundred blocks. And the story meandered on the way, to various NYC landmarks. And it didn't click. Then Tanya and I decided to walk Oskar's walk. We met early on a Sunday, all the way downtown, and set out to walk uptown. The first thing that struck us was the city itself flows, and guides you—up that great river of an avenue called Broadway. As we had our feet on that pavement, our bodies physically there, New York was already rearranging Oskar's story: it would take place at key points along Broadway. It took most of a whole day to walk up to 101st Street. Along the way my feeling of Manhattan changed—separate neighborhoods knitted into one another; the feeling of streets at different times of day changed; an ineffable sense of the nature of this big island came over us both, Tanya and me.
Going back to the drawing table everything had changed. All kinds of feelings and impressions came to bear on the pictures, which hadn't been there before—things my brain alone couldn't have contrived on its own, using Google image searches.

It's like a principle of classical Chinese painting. When the master painter/calligrapher went to the mountain, they didn't bring their paintbrush. They brought themselves, physically, to see, to be, to soak in, to experience the mountain with all their faculties and senses, their "throughout" meeting the mountain's "throughout." Only then did they return to the study to capture the essence of the mountain—without being distracted by the "photo-realism" of the physical mountain itself. I love this stuff. It's also why I like to make little clay models for my projects, for characters, cars, anything I can. If I get my hands and fingers involved, they bring surprising intelligence along with them.
*
SEVEN VITAMINS FOR THE CREATIVE LIFE
Part 1 • Part 2 • Part 3 • Part 4 • Part 5 • Part 6 • Part 7 • Part 8